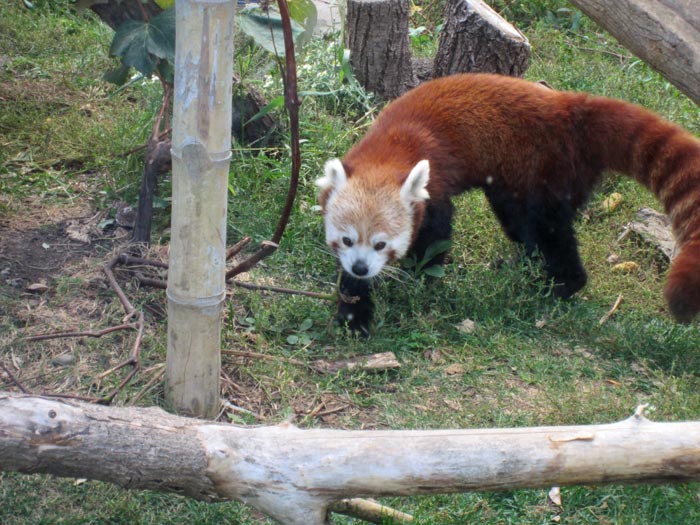 Back for more red panda fun at the Blank Park Zoo. In part 1, we discovered they are playful and speedy. 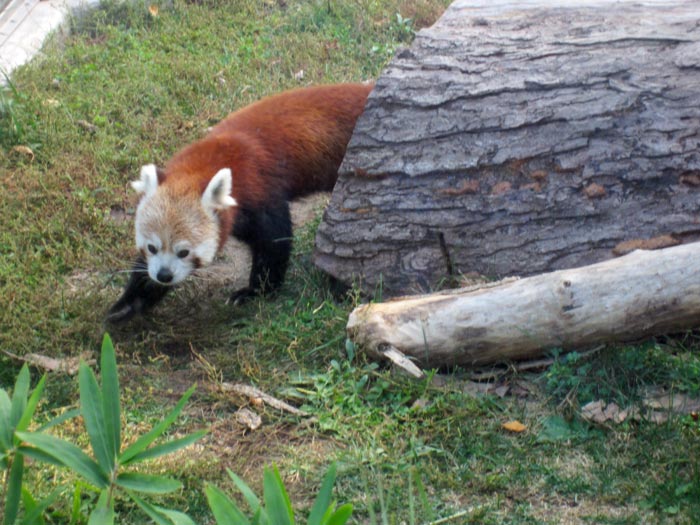 The pandas eventually decided they wanted to warm up, so they and their bushy, ringed tails headed inside — and so did I. They had been fast asleep in the indoor exhibit when I arrived, so I wondered how long it would take them to settle down and eat or nap. 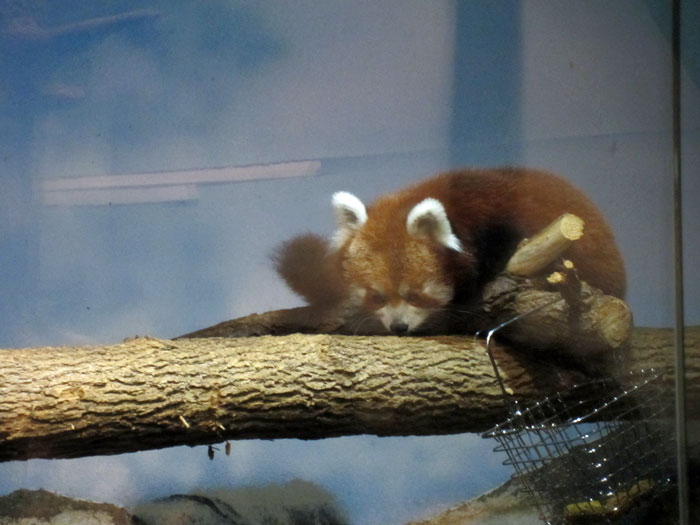 One was already curled up in a tree near the window, guarding the treat basket. (“Mine!”) So I was surprised when not one but two red pandas rushed into the indoor habitat. The zoo’s promotional materials had mentioned two were on exhibit, not three.

The two rambunctious red pandas, who had been playing outside, continued their game of “chase me.” (The way they sometimes half-hopped/half-pranced reminded me of the old Pepé Le Pew cartoons.) The entire time, the little one on the tree — who had a slightly older demeanor — delicately munched on treats, only moving to better position her claim on the extra food. 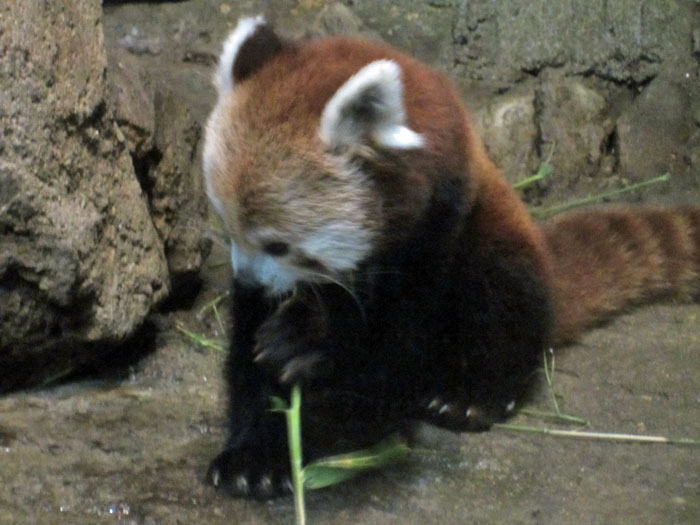 In time, everyone chilled out — for at least long enough to munch on a bamboo snack. 😊

These photos are a bit darker than the outdoor shots. I didn’t use any additional light because I didn’t want to frighten the little cuties. I could have watched them for hours!

Get the Latest Posts by Email!