It’s all about the cable shows this week with the premiere of one K-drama simulcast and the series finale of another.

The protagonist of My Wife’s Having an Affair This Week begins to suspect his very put-together wife is on the verge of cheating.

But when he doesn’t have the nerve (or heart) to confront her directly, he turns to the Internet for marriage advice. What could possibly go wrong?

Lee Sun-kyun (Miss Korea, All About My Wife) stars as the hapless, yet devoted husband opposite Song Ji-hyo (Ex-Girlfriend Club) and a supporting cast that includes Kim Hee-won (Let’s Eat 2), Yeh Ji-won (Another Oh Hae Young), Lee Sang-yeob (The Master of Revenge), and K-pop star BoA.

The conclusion of Let’s Drink (a.k.a. Drinking Solo) also airs this week.

See below for more about these and other shows with licensed streams and English subtitles.

What are you watching? 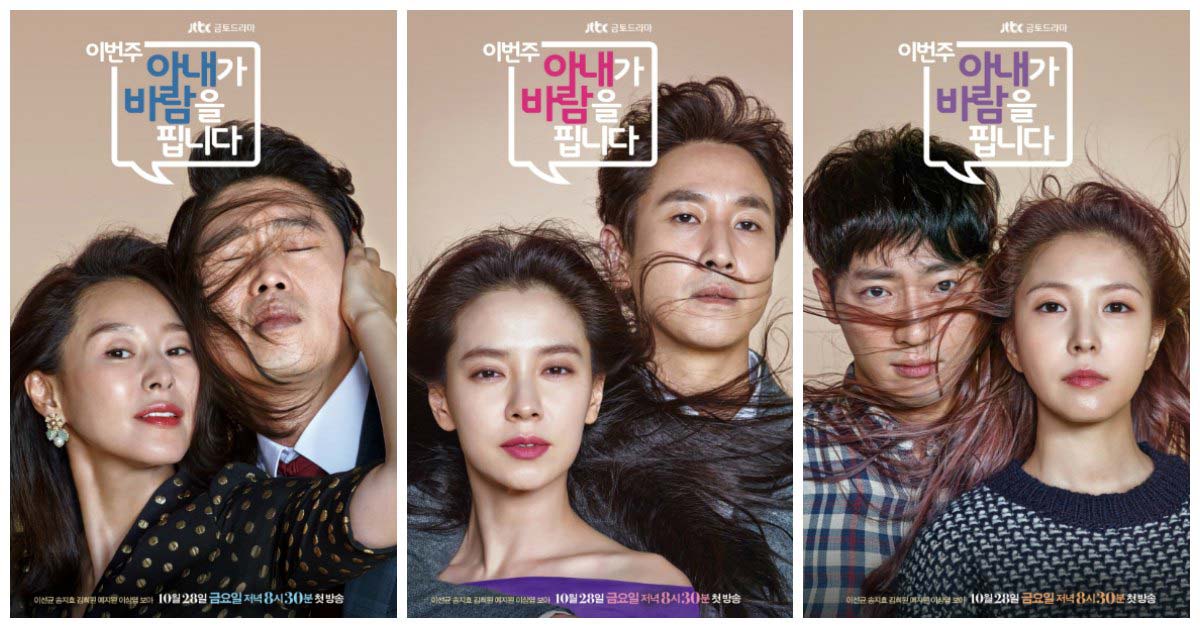 Premieres:
My Wife’s Having an Affair This Week (South Korea)

[Criteria for inclusion, why I only include streams that are legal/licensed for the U.S. (and Canada), and how to use this feature and its board.]

See any mistakes, know of something I missed, or have a question? Please send me an email or connect with me via social media. (Thanks – and happy viewing!) ★